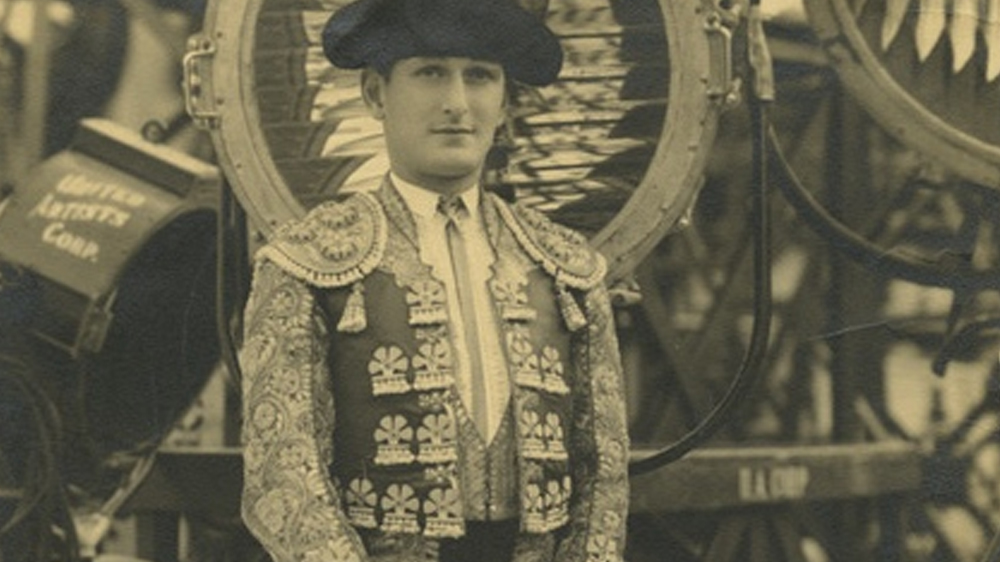 Did you know that there was a bullfighter in New York?

Sidney Franklin was born in Brooklyn (NY) in 1903. His parents were Russian, Orthodox Jews immigrants and they had a good economical status so Franklin could afford to study at Columbia University.

When he was 19 (1922) and after a serious quarrel with his father, he decided to leave home and chose Mexico as a destination in order to study the art in the pre-Columbian cultures. He settled in Veracruz, and it was in this city where he witnessed a bullfight for the first time by the great Mexican matador Rodolfo Gaona.

Such was his fascination with the spectacle that he decided to fully delve into the bullfighting art. It was September 23, 1923 when he dressed a matador’s outfit for the first time, what made him take a career as novillero (apprentice bullfighter) in Panama, Colombia, Portugal and Spain with the nickname ‘The Yanki’

He made his debut with the bullfighter’s costume in Mexico, at ‘Toreo de la Condesa’ bullring on July 27, 1924, together with Porfirio Magaña, Manuel Rodríguez Pepete and Gabino Paredes fighting novillos[1] of Cazadero.  He bull fought in Seville, on 9 June 1929 alternating with Camará II and Reina Echevarría with animals of José Rufino Moreno Santamaría. During that season (July, 21), he was one of the protagonists in a curious afternoon, since he killed the ninth bull[2] during the ‘Press Bullfight” in San Sebastian (at ‘el Chofre’ bullring). He also fought as novillero in Madrid, on July 25 sharing the bill with Maera II and Manolo Agüero with young bulls of Eduardo Pagés. He fought in Madrid once again on August 15 afternoon, to kill novillos of Coquilla, together with the bullfighters Joselito Tomero and Alberto Balderas.

[1] When they are three years old,  these animals are no longer considered calves; they are known as novillos and are ready for bullfighting,
[2] In common bullfights, only 6 bulls are usually killed.